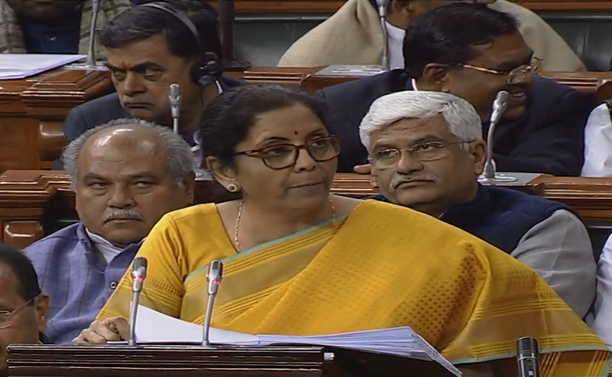 After introducing of Vivad se Vishwas in Lok Sabha, several queries have been received from the stakeholders seeking clarifications in respect of various provisions contained therein. Government has considered these queries and decided to clarify the same in form of answers to frequently asked questions (FAQs).

Question No. 1: Which appeals are covered under the Vivad se Vishwas?
Answer: Appeals pending before the appellate forum [Commissioner (Appeals), Income Tax Appellate Tribunal (ITAT), High Court or Supreme Court], and writ petitions pending before High Court (HC) or Supreme Court (SC) or special leave petitions (SLPs) pending before SC as on the 31,t day of January, 2020 (specified date) are covered. Cases where the order has been passed but the time limit for filing appeal under the Income-tax Act, 1961 (the Act) against the order has not expired as on the specified date are also covered. Similarly, cases where objections filed by the assessee against draft order are pending with Dispute Resolution Panel (DRP) or where DRP has given the directions but the Assessing Officer (AO) has not yet passed the final order on or before the specified date are also covered. Cases where revision application under section 264 of the Act is pending before the Principal Commissioner or Commissioner are covered as well. Further, where a declarant has initiated any proceeding or given any notice for arbitration, conciliation or mediation as referred to in clause 4 of the Bill is also covered.

Question No. 2: If there is no appeal pending but the case is pending in arbitration, will the taxpayer be eligible to apply under Vivad se Vishwas? l.f yes what will be the disputed tax?
Answer: An assessee whose case is pending in arbitration is eligible to apply for settlement under Vivad se Vishwas even if no appeal is pending. In such case assessee should fill the relevant details applicable in his case in the declaration form. The disputed tax in this case would be the tax (including surcharge and cess) on the disputed income with reference to which the arbitration has been filed.

Question No. 3: Whether Vivad se Vishwas can be availed for proceedings pending before Authority of Advance Ruling (AAR)? l.f a writ is pending against order passed by AAR in a HC will that case be covered and how disputed tax to be calculated?
Answer: Vivad se Vishwas is not available for disputes pending before AAR. However, if the order passed by AAR has determined the total income of an assessment year and writ against such order is pending in HC, the appellant would be eligible to apply for the Vivad se Vishwas. The disputed tax in that case shall be calculated as per the order of the AAR and accordingly, wherever required, consequential order shall be passed by the AO. However, if the order of AAR has not determined the total income, it would not be possible to calculate disputed tax and hence such cases would not be covered. To illustrate, if AAR has given a ruling that there exists Permanent Establishment (PE) in India but the AO has not yet determined the amount to be attributed to such PE, such cases cannot be covered since total income has not yet been determined.

Question No. 4: An appeal has been filed against the interest levied on assessed tax; however, there is no dispute against the amount of assessed tax. Can the ben~fit o.fthe Vivad se Vishwas be availed?
Answer: Declarations covering disputed interest (where there is no dispute on tax corresponding to such interest) are eligible under Vivad se Vishwas. It may be clarified that if there is a dispnte on tax amount, and a declaration is filed for the disputed tax, the full amount of interest levied or leviable related to the disputed tax shall be waived.

Question No. 7: If assessment has been set aside for giving proper opportunity to an assessee on the additions carried out by the AO. Can he avail the Vivad se Vishwas with respect to such additions?
Answer: If an appellate authority has set aside an order (except where assessment is cancelled with a direCtion that assessment is to be framed de novo) to the file of the AO for giving proper opportunity or to carry out fresh examination of the issue with specific direction, the assessee would be eligible to avail Vivad se Vis/mas. However, the appellant shall also be required to settle other issues, if any, which have not been set aside in that assessment and in respect of which either appeal is pending or time to file appeal has not expired. In such a case disputed tax shall be the tax (including surcharge and cess) which would have been payable had the addition in respect of which the order was set aside by the appellate authority was to be repeated by the AO.
In such cases while filling the declaration fonn, appellant can indicate that with respect to the set-aside issues the appeal is pending with the Commissioner(Appeals).

Question No. 9: Is there any necessity that to qualify under the Vivad se Vishwas, the appellant should have tax demand in arrears as on the date of.filing declaration?
Answer: Vivad se Vishwas can be availed by the appellant irrespective of whether the tax arrears have been paid either partly or fully or are outstanding.

Question No. 10: Whether 234E and 234F appeals are covered?
Answer: If appeal has been filed against imposition of fees under sections 234E or 234F of the Act, the appellant would be eligible to file declaration for disputed fee and amount payable under Vivad se Vishwas shall be 25% or 30% of the disputed fee, as the case may be.

Question No. 11: In case where disputed tax contains qualilYing tax arrears as also non-qualifying tax arrears (such as, tax arrears relating 10 assessment made in respect of undisclosedforeign income):

(i) Whether assessee is eligible to the Vivad se Vishwas itself?
(ii) If eligible, whether quantification of disputed tax can

CBDT Extend the due date for IT Returns and Audit Reports